Dogecoin: What Is It and Why is it Making So Much Waves?

Dogecoin is on everyone 's lips lately due to the rise in price, fueled mainly by messages from Elon Musk . But really, what is behind Dogecoin and is the sharp rise in price justified?

Simply put, Dogecoin is a meme. The reality is that the Dogecoin cryptocurrency was born in the heat of the popular Doge meme that flooded the internet back in 2013. What’s more, we can see that the cryptocurrency’s logo is the Shiba Inu dog that appears in the memos with a message in Comic Sans. Can you be more meme?

Developers of this cryptocurrency are Billy Markus, then an IBM developer, and Jackson Palmer, a data engineer working at Adobe. Markus had been thinking about creating a “joke” cryptocurrency for some time, at a time when Bitcoin was too closely associated with the Dark Web. His idea was to create a digital currency that would be fun and attract attention.

Around this time Palmer acquired the Dogecoin.com domain. Markus seems to have stumbled across this website and contacted Palmer to develop the cryptocurrency. In a short time, they already had this currency developed and launched, spreading quickly through social networks.

Dogecoin is currently the second cryptocurrency in terms of followers on Reddit. Currently, in this community, tips are distributed among Reddit users who make different contributions.

The first thing we need to know about Dogecoin is that it’s a contract built on an existing framework. It’s simply a Crtl+C and a Crtl+V (come on, a copy and paste). This cryptocurrency is based on the Litecoin code, which is available for anyone to use. Litecoin in turn is a copy of Bitcoin.

Without going too far, Bitcoin is based on the SHA-256 algorithm, a Proof-of-Work (PoW) consensus test, blocks are generated every 10 minutes, and it has a maximum limit of 21 million.  Litecoin changes the algorithm to Scrypt, which is resistant to ASICs and maintains the PoW consensus. The block generation time in Litecoin is 2.5 minutes and the maximum limit is 84 million.

Dogecoin in turn makes some changes to Litecoin. The Scrypt algorithm is maintained in Dogecoin and the PoW consensus is maintained, but the blocks are generated every minute and the maximum is eliminated. This means that the emission of new coins in Dogecoin is infinite. 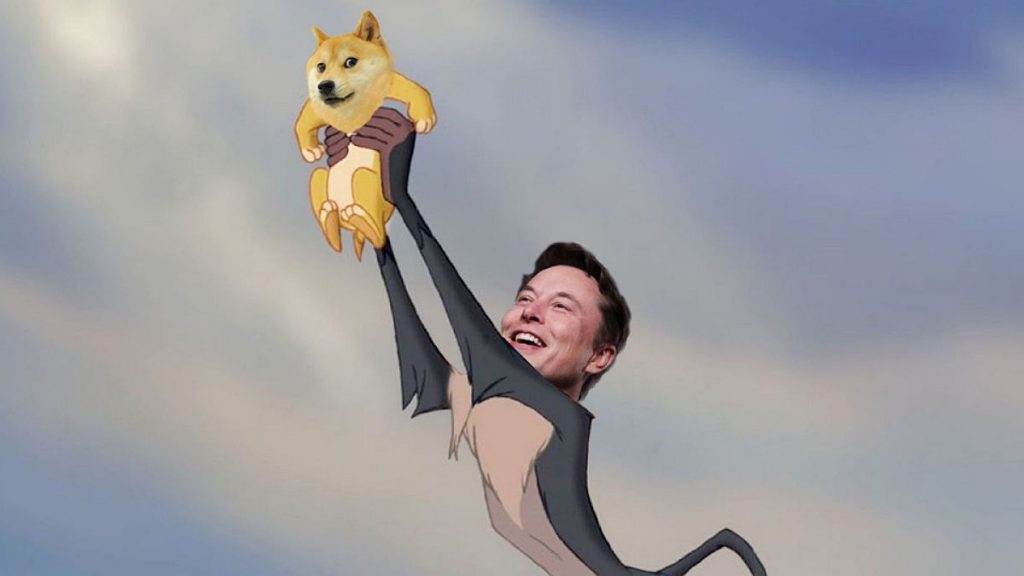 Dogecoin is characterized by making use of the Scrypt algorithm for PoW consensus, which makes it resistant to the use of ASICs. It is mainly based on GPU mining, but you can also mine with CPU, although it is less recommended.

Something quite new in Dogecoin is a merged mining system. This allows Litecoin miners to obtain Dogecoin, even if this second cryptocurrency is not mined. A possible system (and not unique to these two cryptocurrencies) by both using the same type of algorithm.

One of the craziest features of Dogecoin is that it was initially the block reward which was named “Luckycoin”. Between block 1 and block 100,000 the reward could randomly go between 0 Doge and 1 million Doge. For the period between block 100,001 and block 144,999, a random reward was set between 0 Doge and 500,000 Doge. Come on, mining Dogecoin at first was like playing the lottery.

If anything good can be attributed to Dogecoin, it is that it has a community that is worth its weight in digital dogs. The Dogecoin community on Reddit has come together on several occasions to help various philanthropic causes.

The first time the community came together was in 2014 to help the Jamaican Bobsleigh team. This team managed to qualify for the Olympic Games in Sochi, in Russia. A great feat that unfortunately was going to be left without the final reward, since the team lacked the money to travel. An initiative by the Dogecoin community on Reddit raised over $30,000 in Doge so the team could go to Russia and compete.

Shortly after, also in 2014, the Doge4Water initiative emerged. This project sought to promote the creation of water wells in Kenya. The proposal managed to raise more than 30,000 dollars so that these wells could be built.

Another initiative was in 2014, helping up-and-coming driver Josh Wise race in Nascar. The community managed to raise more than 55,000 dollars in Doge to help the pilot to be able to race in this American competition. As a thank, you, Wise’s car had several images of the coin scattered throughout the vehicle. 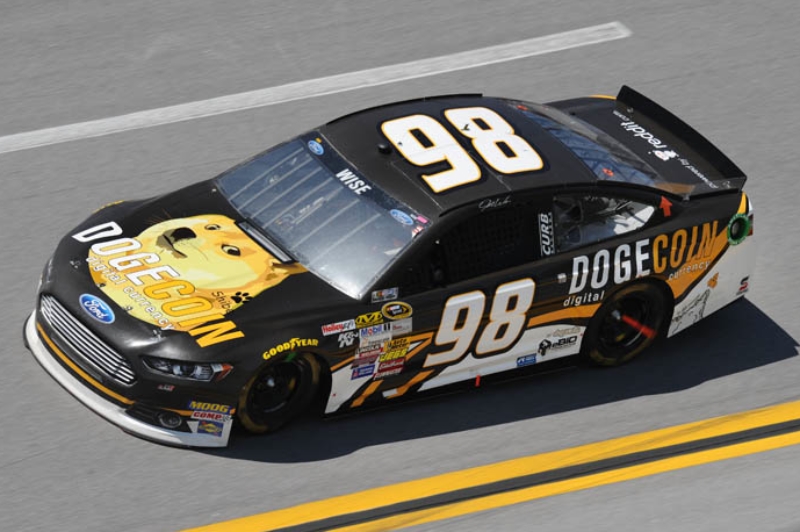 The current increase in the price of each Doge has been propelled by Elon Musk, but it has not been the first movement to increase the price of Dogecoin recently.

The video social network TikTok in July 2020 caused the price of Dogecoin to almost triple in a short time. A series of viral videos on this social network caused its price to go from $0.0024 to $0.0053. It was all due to a viral on TikTok based on the hashtag #dogecointiktokchallenge in which he urged to buy Doge since if they managed to get it to $1, they would all be millionaires.

Several US investment funds bet on the stock market on a sharp drop in Gamestop shares due to a bankruptcy process for this chain of video game stores. The WallStreetBets community on Reddit came together to buy shares of the video game store massively and thus make these investment funds lose tens of millions, something they achieved and that ended up dominating the front pages of all the media.

After this resounding success, they considered the possibility of replicating this and also earning money, and thus a massive purchase of Dogecoin was forged that caused the price to rise. The price went from approximately $0.0085 to $0.07, which is an increase of approximately 800%. They achieved their goal.

Without a doubt, the most followed pump and the one that has caused the price of Dogecoin to increase the most have been the messages on Twitter by Elon Musk. For weeks he has praised cryptocurrency, then slashed it on the Saturday Night Live he hosted.

Dogecoin is the people’s crypto

Elon Musk’s messages, added to friends of this celebrity, caused the Dogecoin price to hit its all-time high of $0.7376. After that moment, the price has been falling due to Musk’s appearance on Saturday Night Live and the correction of the cryptocurrency market in general.

It should be noted that Musk insists on the positive qualities of this cryptocurrency and indicates that he has been collaborating with the developer community for two years to take this currency to a new level. This has provoked ridicule from the Bitcoin community since the cryptocurrency has not undergone changes for years and no development proposals have been made.

Doge Barking at the Moon pic.twitter.com/QFB81D7zOL

It’s a meme. We must end with the words that practically open the article and that show that it is Dogecoin. It was born as a kind of parody of Bitcoin at the time when a meme was flooding the networks, as simple as that. The name of Dogecoin is practically the result of “I passed by and I fell for it”.

The Dogecoin community does not take it very seriously either and for a long time, it was little more than a cryptocurrency that was given as a reward. Now it seems that with the messages of Elon Musk Dogecoin arouses interest, but it may be something ephemeral.

But something is striking and it is that Musk indicates that he has been collaborating with the Dogecoin developer community for two years. A community of developers that seems to have been off for a long time. He proposes to improve the capabilities of the Dogecoin network, improving the transaction processing capacity.

It is not a bad idea to use Dogecoin, an “irrelevant” currency to experiment with scaling solutions. If you break something it doesn’t matter much either, since Dogecoin is a joke and it shouldn’t be taken very seriously either… or not.

JP Morgan Becomes The First Bank To Enter The Metaverse

Coinbase Earn: How to earn free cryptocurrencies and also learn