Cryptocurrency is rightly called a phenomenon of the 21st century: digital money that came out of nowhere can bring enormous income. Mining virtual funds is still the traditional way to make money on cryptocurrency. It is the extraction of digital currency with the help of computing power and special software. The main task of the miner is to find new blocks – data for confirmation of transfers – through complex calculations. Such a cryptocurrency mining strategy requires powerful equipment.

Against the backdrop of ever-increasing competition, technological progress, allowing to increase turnover, the reward for mining is gradually decreasing. A “loner miner” is forced to team up with other like-minded people in order to be competitive. Thus, pools for mining are formed.

A pool is an association of independent miners in order to distribute the load among the participants. The result of such a combination is a reduction in block search time. The received reward is divided among the pool members. “Solo mining”, unlike a pool, requires a powerful video card and a high-speed processor, the system must work around the clock to increase the probability of obtaining a block, but this is fraught with technical wear and tear of equipment and high maintenance costs (in particular, payment for electricity).

Accordingly, now the extraction of cryptocurrency alone is at least impractical: it is much easier and more efficient to acquire a share in the cloud pool (pay for a share of the computing power of the data center) and expect to receive a profit.

Currently, there are over a thousand different mining pools. The main share of them specializes in the extraction of bitcoin as the most popular cryptocurrency of our time, however, there are also pools for the extraction of less demanded tokens. It is quite difficult to make a choice among the many, at first glance, monotonous services, so we offer you a rating of the 10 best mining pools.

The Kryptex pool is a special program installed on a computer that uses the computing power of the system to generate cryptocurrency. The profitability of mining depends entirely on the computer used, as well as on the current rates of cryptocurrencies. On average, the use of 3-year-old equipment will allow you to earn from 7,509.25 Nigerian Naira, a month without any costs, and modern models bring their owners from 30,036.99 Nigerian Naira a month and more. 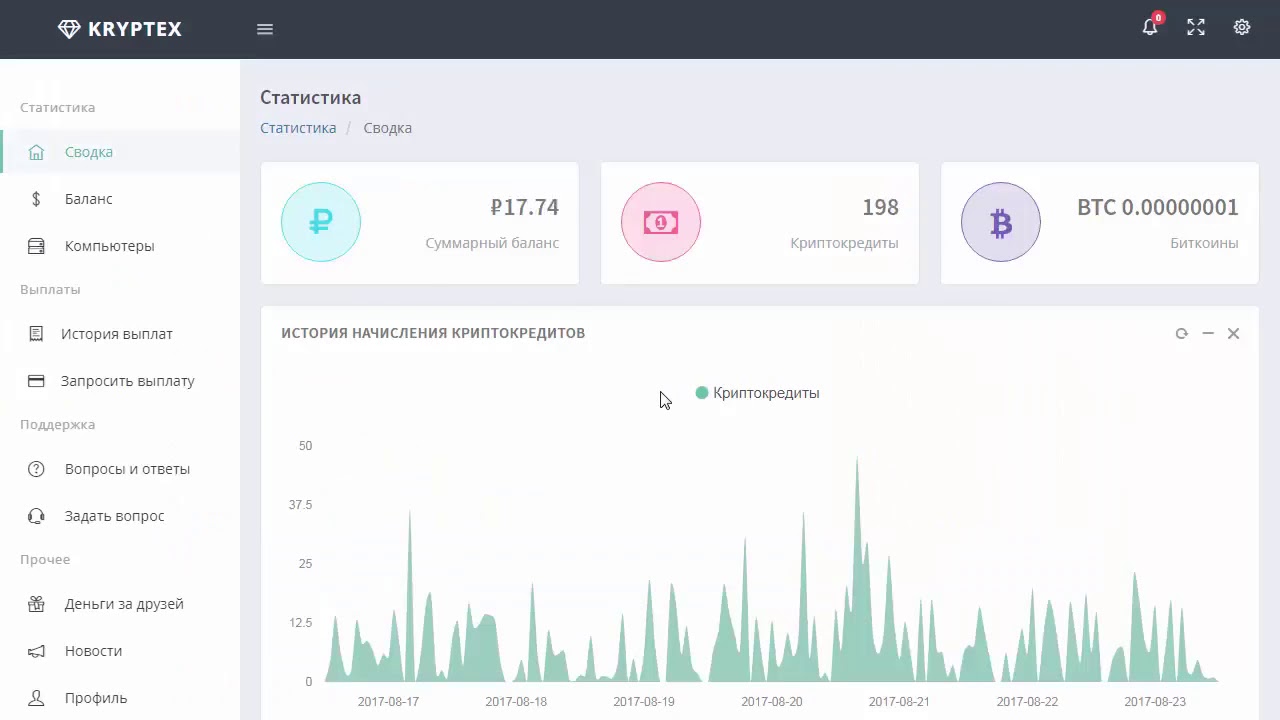 The main unit of work is a cryptocredit. When the value reaches 0.000015 BTC, they are automatically exchanged for Bitcoin. You can withdraw earned funds directly to your crypto wallet.

The MinerGate pool is perhaps the most popular cryptocurrency mining service. Its distinguishing features are: 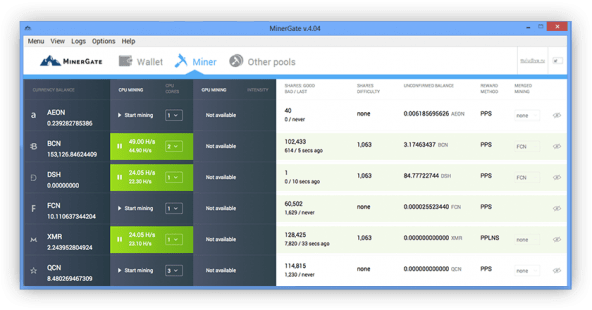 The pool allows you to mine over 10 cryptocurrencies, among which there are both the most popular ones, like Bitcoin and Ethereum, and quite exotic ones. The service also allows you to analyze which particular cryptocurrency it is currently expedient to mine.

For mining, users can use their computers and smart gadgets, however, the devices must match the hash rate (it is easily checked with a special calculator on the pool website).

The pool has 2 reward systems – PPS and PPLNS. This also affects the commission charged by the site (varies from 1% to 1.5%).

NiceHash is one of the simplest mining pools today. Its advantage lies in the support of the most popular mining algorithms, as well as the availability of its own software.

The service is a multipool, which provides automatic switching from mining one cryptocurrency to another. The algorithm is based on the current exchange rate, the difficulty of extracting the currency, etc. If the system sees a more profitable direction of mining, it automatically switches to this mining. However, the user can limit the list of mined coins up to one token of interest. 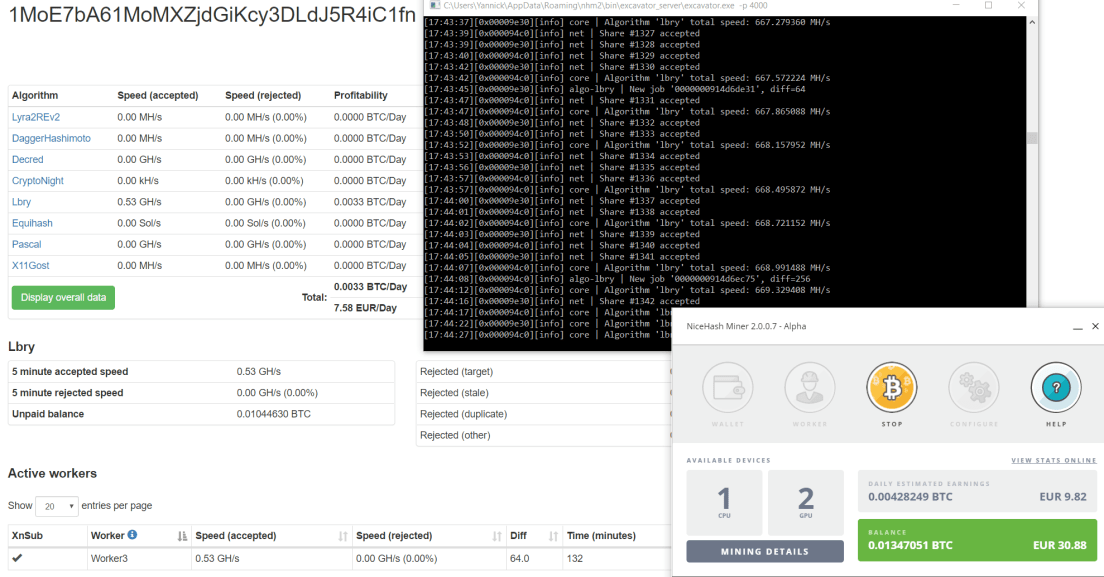 Despite the wide choice of cryptocurrencies for mining, the withdrawal of funds from the service is provided only in bitcoins. The service allows you to withdraw from 0.001 BTC daily.

The open pool F2pool has been operating since 2013. Until recently, the service was the leader in the share of hashrate, but now it has lost ground to other resources, but is still one of the leading pools.

Users can mine cryptocurrencies such as Bitcion, Ethereum, Litecoin, etc. The main feature is the ability to extract currency and withdraw funds without registration. Moreover, it is recommended to withdraw the earned funds as soon as possible, since in accordance with the rules of the resource, the cryptocurrency that has not been withdrawn from the platform within 90 days is used to develop the pool. The system has enormous computing potential: stable operation over the years has attracted a huge number of participants from all over the world, and bitcoin mining has amounted to 8% of the world level.

Remuneration is accrued according to the PPS model. The commission of the system is 4%. You can withdraw earnings every day after reaching the threshold value of 0.001 BTC.

AntPool is a Chinese bitcoin pool with a simple English interface, which makes it relevant for domestic users. The control panel contains information about income, hash rate, and also allows you to configure security settings – 2FA, email alerts, etc.

The main advantages of the service are the ability to choose between the methods of calculating rewards – PPLNS (no commission is charged, but only a certain number of the last shares are taken into account) and PPS (commission 2.5%, but the risks are assigned to the service that pays for the shares). 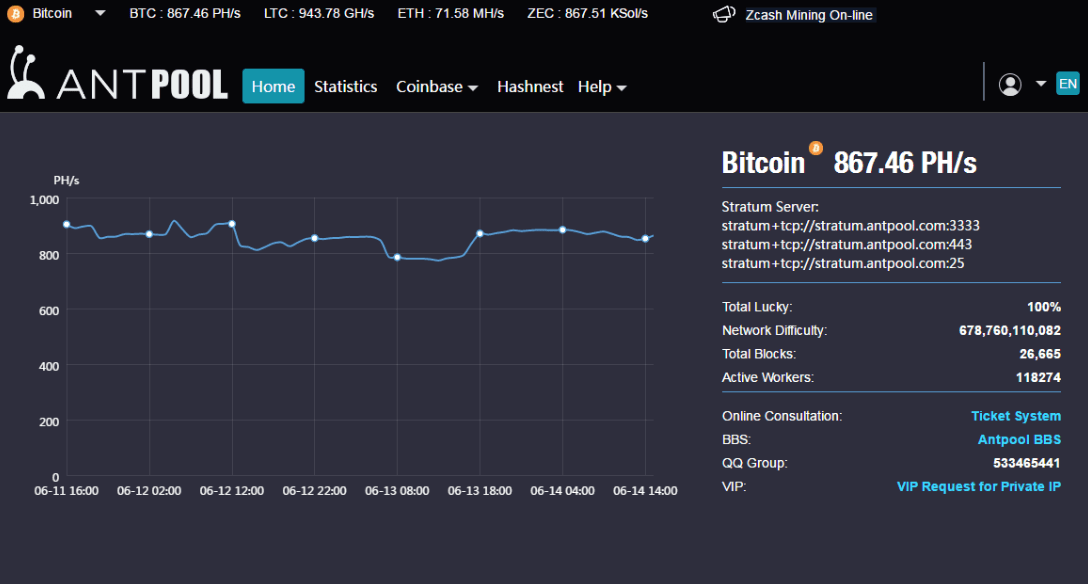 A distinctive feature of the pool is the unique possibility of mining in the “solo” mode as part of the pool. Its essence lies in the fact that the block found by the miner goes directly to him (minus a commission of 1%).

Users have the opportunity to withdraw earnings every day when the threshold of 0.001 BTC is reached.

The American ZPool service allows you to mine various types of crypto-currency, including numerous forks, but before the withdrawal, all of them are converted into Satoshi. Users can switch between the extraction of the required currency, while not losing the speed of mining, which maintains the high efficiency of using the multipool.

The service fee for cryptocurrency mining varies depending on the type of algorithm used. On average, its size is 2%.

Since the partners of the pool are numerous cryptocurrency exchanges (including the well-known Bittrex, Yobit and Poloniex), the withdrawal of mined funds is possible to bank cards in the form of fiat money. The classic way to withdraw earnings is the Bitcoin wallet.

The Coinmine platform is a multi-currency mining pool that has been operating since 2013. Currently, the service allows you to mine 11 cryptocurrencies, each of which corresponds to statistics: information about the hashrate, cost in BTC, pool luck, frequency of finding one block. Previously, when distributing remuneration, a proportional system was used, but now – the PPLNS model – payment for a certain amount of share recently. 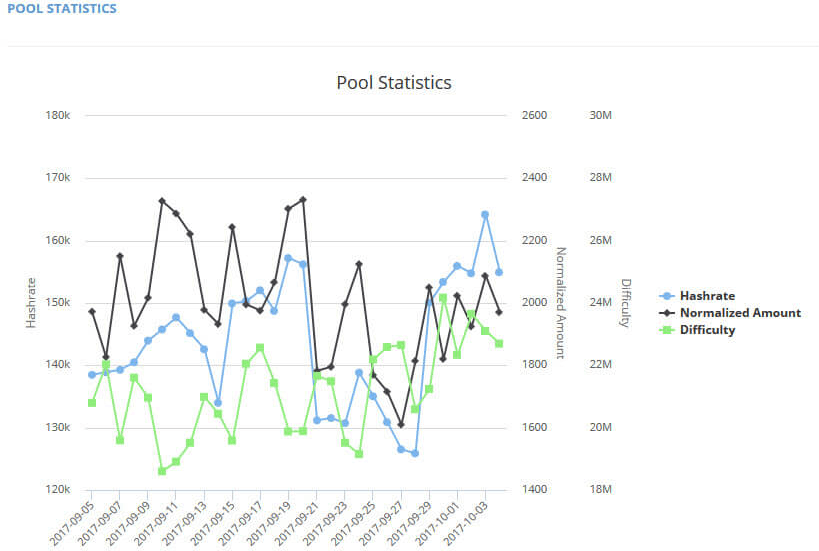 When mining cryptocurrency, a pool fee is charged, which ranges from 0.5% to 1.5%, depending on the token being mined. The withdrawal of the earned cryptocurrency occurs to the corresponding external wallets, including accounts in the accounts of cryptocurrency exchanges, which will allow you to convert earnings into fiat money as soon as possible. The minimum amount that can be withdrawn also depends on the type of token, for example, in the case of Ethereum it is 0.01ETH.

Second attempt to regulate bitcoin and cryptocurrencies in Mexico